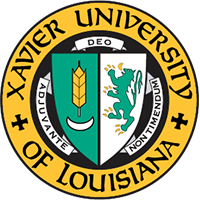 The Xavier University in Louisiana is a long-established private black Roman Catholic university located in New Orleans, Louisiana. It is the only Catholic Catholic university after St. Mary’s Forest College and the second Catholic university founded by the Saint. The main academic unit of the university is the Faculty of Arts and Sciences, which grants bachelor's and master's degrees in education, counseling, public health sciences, and speech pathology, as well as a doctorate in educational leadership and a doctorate in the school of pharmacy. A degree in pharmacy and a master's degree in health sciences in physician assistant research. The university also awarded a master's degree in theology through its Black Catholic Institute. Xavier provides preparation in nearly 50 major areas at undergraduate, graduate, and professional degree levels. Undergraduates, regardless of their major, must complete 40 hours of core courses, which will challenge students to think critically and creatively about their world, region, community, and themselves. The ultimate goal of the university is to contribute to the promotion of a fairer and more humane society by preparing students to assume leadership and service roles in a global society. This preparation is carried out in a diversified learning and teaching environment that incorporates all relevant educational methods, including research and community services.

The main campus of the Xavier University of Louisiana is situated in New Orleans, Louisiana. There are a number of organizations which establish accountable self-government and provides the opportunity for responsible, individual, and collective action. The Student Government Association is the official representative of students in the formulation and management of university policies. Its purpose is to plan, promote, and make recommendations for the interests and welfare of student groups and universities. The Student Life Committee advises the Vice Principal of Student Services on current issues such as student housing, welfare, guidance, counseling, employment and placement, and student activities to help students create a non-academic education-related campus experience. The Dormitory Association is a student organization dedicated to providing services to students on campus. Every student living on campus is a member of the Student Dormitory Association, which provides an opportunity for students to participate actively in an effort to transform Xavier University’s student dormitory into a real-life learning center.

Performance Studies B. A.