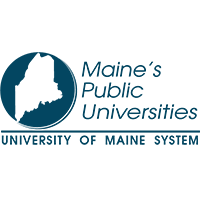 The University of Maine System is a network of public universities in Maine, USA. Maine State University was founded by the Maine State Legislature in 1968. It consists of seven universities, each with its own mission and regional characteristics. The university offers more than 100 degrees and certificates on 7 University of Maine campuses, covering a wide range of professional and personal interests. Advanced interactive technology enables students to gain knowledge, experience, and obtain a nationally recognized degree to help students advance their careers or start a new career. The University of Maine promotes learning and discovery through the excellence and innovation of undergraduate and graduate academic programs while responding to the complex challenges and opportunities of the 21st century through research-based knowledge. The University of Maine is an internationally recognized research, scholarship, and innovative activity, Kansas’ flagship university, where teachers and students contribute their knowledge to issues of local, national, and international significance.

The University of Maine System is located on a swamp island between the Stillwater and Penobscot rivers in Orono, about 5 miles from Bangor. Maine is home to some of the most spectacular destinations in the country, including Acadia National Park, Bar Harbor, and Kata Din Mountain. Employees are committed to helping students adapt to university life, making full use of their university experience, and committed to making the university community a better place for all members to live, study, and work. One of the best parts of life in Maine is recreational opportunities and outdoor activities. Through the New Balance Student Fitness Center, the campus leisure center can provide everything from entertainment facilities to murals, sports clubs to fitness classes. The University of Maine provides on-campus housing in 19 dormitories. Options include traditional university dormitories for first-year and upper-class residents, suite-style living for upper-class residents, graduate housing, and several living/study lifestyles.