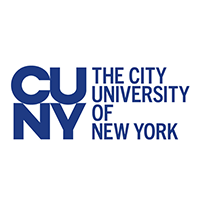 The campus is full of student activities. City College sent 16 college sports teams to participate in NCAA Division III-students exercise in the well-equipped fitness center and socialize in more than 100 student clubs. Our students come from all over the world and come from more than 150 countries. City College is an indispensable part of New Yorkers, city and artistic power, and is inseparable from the history of New York. Student life at City University can help you meet new people, expand your areas of interest, develop interests, or improve leadership skills. It also provides you with the support you need to maintain physical and mental health on campus, as well as help with health, financial, and other issues to deal with while you are in school. The Towers is a modern on-site student dormitory at City College, conveniently located just steps away from classrooms, laboratories, and all student activities.

The alumni of the City University of New York include 13 Nobel Prize winners, 2 Field Medal winners, the United States Secretary of State, Supreme Court Justice, several New York City mayors, congressmen, and state members, scientists, artists, and Olympic athletes. Some of the well-known alumni of the university are Kenneth Arrow the City economist and joint winner of the Nobel Prize in Economics, Robert Aumann the City mathematician and winner of the Nobel Prize in Economics, City Olympic foil fencer Albert Axelrod, Herman Badillo a City civil rights activist and first Puerto Rican elected to the U.S. Congress, Daniel Bukantz the City Olympic foil fencer, Arlene Davila the City author and Anthropology and American Studies professor at New York University, and Jesse Douglas the City mathematician and winner of one of the first two Fields Medals.