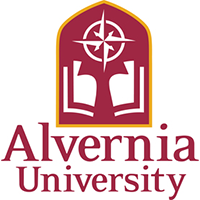 Founded in 1958, Alvernia University is a private Franciscan Roman Catholic institution located in Reading, Pennsylvania. Previously it was known as Alvernia College; later on, in 2008, it received its university status and adopted its present name. As the university follows the pathway of Franciscan values it prepares life-long learners having ethical standards and moral courage. Alvernia has its accreditation with the Middle States Commission on Higher Education, and its programs are also holding accreditation with many government bodies. The university offers its bachelor’s, master's, and doctoral degrees in the domains of dentistry, law, medicine, pharmacy, veterinary studies, occupational therapy, business administration, nursing, education, and liberal studies. It also offers a seven-year doctorate program in Physical Therapy. To earn a degree from Alvernia University is still a dream for many.

The university encompasses a lush green campus, which is stretched over 121 acres of land. The main campus consists of a top-notch student center, state-of-the-art facility laboratories and classrooms, an edge-cutting research center, and a world-class library. To offer a vibrant student-life, students here can witness various activities and on-campus events. They can join more than 50 student clubs and organizations, recreational activities, intramural sports and can grab different student leadership and governance opportunities. On-campus housing and dining options are also made available to the students at affordable rates. Sports aspirants can join Alvernia's athletics team, the Golden Wolves, and can showcase their talent at the national levels. Campus-life of Alvernia University is worth experiencing.

Being Alvernia’s alumni, the graduate becomes eligible for alumni awards, and various alumni benefits. Over the years, the university has given many alumni who are doing well in their area of expertise. Some of the notable alumni includes: Christopher Ciabarra - an American businessman, Wayne Hoffman - an American mentalist and illusionist, Zach Lutz - an American former professional baseball player and Mary Lynch Barbera – an American writer.