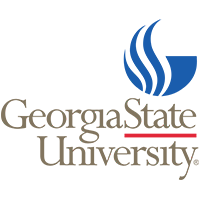 Georgia State University is an enterprising urban public research university in Atlanta that changes students' lives, fosters the frontiers of knowledge, and nourishes the workforce of the future. It was founded in 1913 and is one of the four research universities in Georgia. It is also the largest higher education institution in Georgia in terms of enrollment. Among the total number of students with different student groups, the country ranks among the top 10 in the United States. The university is the most comprehensive public institution in Georgia, offering more than 250-degree programs in more than 100 research fields in 10 colleges and colleges. The university provides excellent education and outstanding support for students from different backgrounds. The university is one of the most diverse student bodies in the United States, providing educational opportunities for thousands of graduate, bachelor, associate, and certificate level students. Georgia State University has one of the most diverse student bodies of any university in the United States, enabling students to succeed in a rapidly changing world. The advantage of this is that it has been at the core of civil rights and social justice movements in metropolitan areas.

From a single-building evening school at Georgia State University to today’s university, Georgia State University has established itself as the heart of downtown Atlanta. Although the school’s “concrete campus” nickname was once a source of mild embarrassment, the name was accepted by the university community. Georgia State University purchased the first on-campus dormitory in the 2,000-bed Olympic Village residential area at the southeast corner of Centennial Olympic Park Avenue and North Street, which was used by Olympic athletes during the Olympics.  The campus has the largest campus law enforcement agency in Georgia. The recreation center on campus has a squash court, a squash court, a 7,000-square-foot free weight area, a water sports center, a 35-foot climbing wall, a game room, a fitness room, aerobics, dance, and martial arts studios, also a studio containing four a gymnasium with a basketball/volleyball court.